From 5th to 8th September 2013, Serbia was the host of 3rd Balkans Spa Summit, which was held at the hotel “Izvor” Aranđelovac in Bukovička Banja.

This conference and a trade fair of spa, wellness, thalasso, thermal and health tourism, held under the slogan “We have a common history, let’s create a common future”, was aimed at uniting the common ethnic components of the Balkan countries, their tradition, culture, history, customs and gastronomy. The lecturers and participants from Turkey, Bulgaria, Greece, Hungary, Latvia, Slovenia, Croatia, Montenegro, Romania and Serbia gave their contribution to profiling, defining, creating and promoting a new tourism product in the territory of Europe – Balkan Spas, with an initiative to establish a common Balkan Spa Academy with the program which would be implemented in all countries equally and it was agreed that 4th Balkan Spa Summit will take place in Croatia next year. According to the words of Vladan Vešković, Secretary of the Serbian Spas Association, “This Summit was the largest to date, with 90 participants from 10 countries. We have harmonized our approaches to a unique concept of prevention and rehabilitation in our spas, and now we only need to pack it all into an authentic and intriguing tourist package, and to offer it, as such, to the world.” 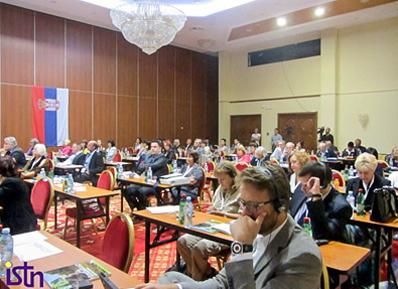 3rd Balkan Spa Summit in Aranđelovac, opened by Nebojša Stefanović, President of the National Assembly of Serbia, started with the presentation of awards to the members of the Serbian Spas Association, who celebrate their anniversary this year, which was followed by a working part, accompanied by the appropriate tourist program of visiting the most attractive surrounding locations such as Orašac, Selters Banja, Topola-Oplenac, Risovac caves and many others.